Adding a Dash of Humor 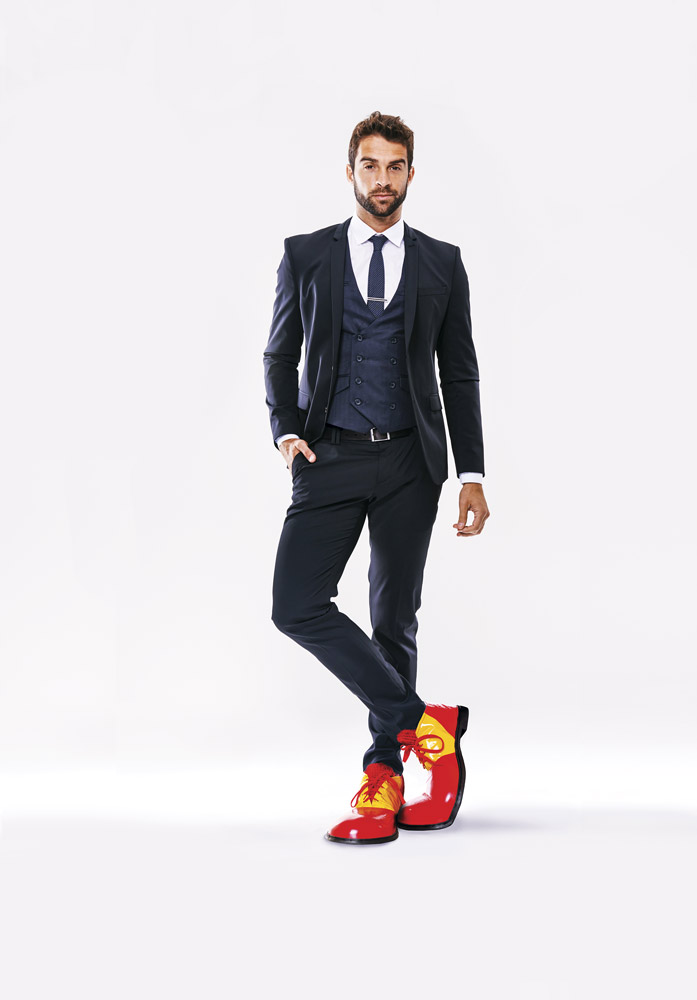 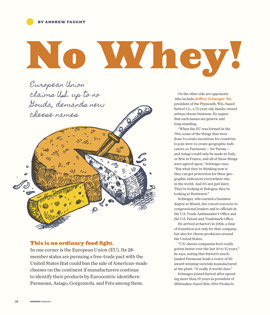 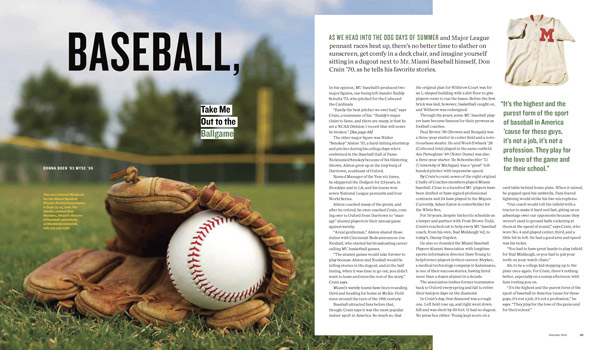 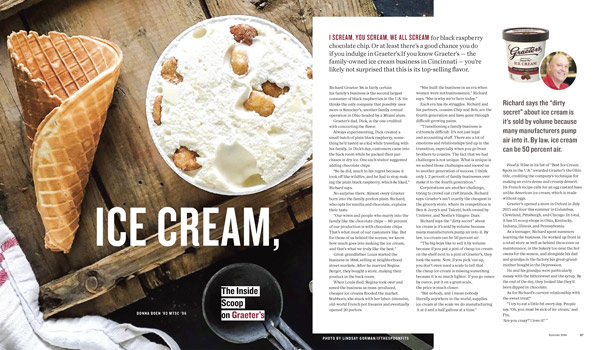 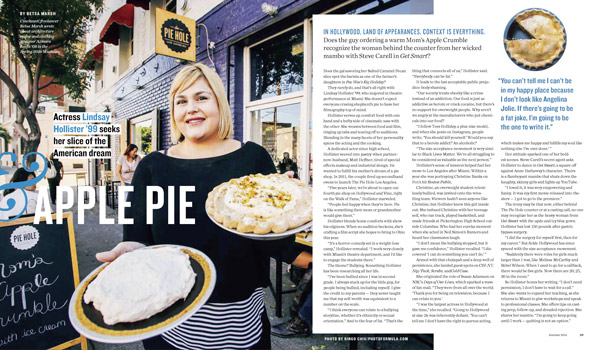 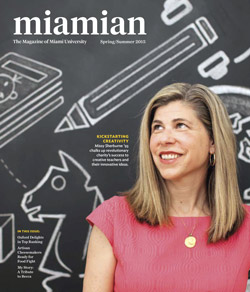 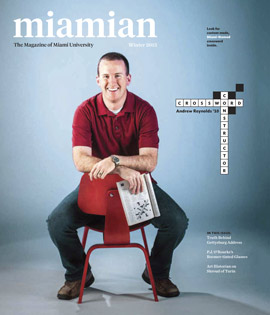 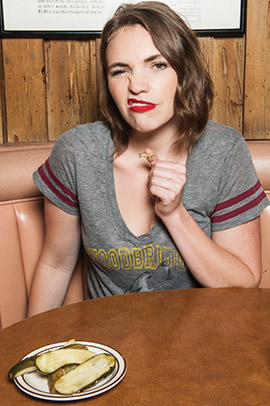 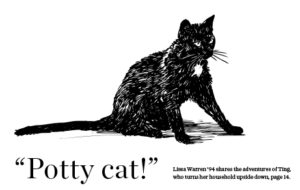 Adding a Dash of Humor

Or, “A Funny Thing Happened on the Way to the Printer …”

We writers and editors are a sincere and serious people. We work hard to produce the best publications we can, down to every jot and tittle. The unsuspecting might question why we use the serial comma. But they’ll ask only once. We live for that kind of challenge, reaching for our Chicago Manuals and AP Stylebooks while we launch into a 45-minute oration.

No ifs, ands, or buts about it.

Our readers are all the better because of our fierce diligence, but sometimes … occasionally, mind you, they appreciate it when we lighten up.

I don’t mean they’re looking for knee-slapping guffaws. The plus side of being earnest is that when we take even the smallest of steps in a walk on the humorous side, readers appreciate the change of pace.

I know, I know. You’re up against the wall on deadlines, the budget won’t pay for one more pencil or pixel, and you just spilled a nonfat chocolate mocha all over your laptop. You don’t have time for humor.

But you know what? You’re always going to be fighting tight deadlines and budgets and spilled mocha, so why not play a little? Heaven knows our publications could use a lighter tone now and again, and you might even enjoy it.

I am not proposing you try a Knock Knock or any other kind of outright joke. Not in the beginning (and probably not ever). What I am suggesting is that you warm up your editorial voice and stretch a little. You might opt for droll or find banter surprisingly refreshing. Not in every article or on every page, of course. Obviously, not everything lends itself to lightheartedness. However, you might be surprised at how a serious feature benefits from a lighter headline. Humor can be a simple tool that sparks interest.

When one of our history professors shared the story behind Lincoln’s writing of the Gettysburg address, we pulled readers in with the headline “Four Drafts & Seven Edited Versions Ago … .” It caught them off-guard, and they enjoyed that.

My first attempt at connecting with humor was with my editor’s note, a great place to show your publication’s humanity. I’d been writing a column for several years before I became brave enough to dip my toe in the shallow end of playfulness. I chose as my topic my first 5K. I left no doubt of my intent when I titled it “Stop the Race (I want to pass out).”

Between you and me, having just read the column again for the first time in years, I see perhaps a few good lines (“I run only to grab the last slice of chocolate chip cheesecake in the refrigerator.”) and some lines that probably should have been deleted (“My breath’s coming faster and louder than a 5-foot, 100-pound woman giving birth to a 20-pound baby.”).

To all the moms in the world, I apologize. I was way overwriting. Still, at least I tried. And because people — in particular my alumni director — told me they enjoyed my humor and were pleasantly surprised by it, I tried more.

After you start walking on the humorous side, expect a few missteps. Early on, I misinterpreted punny for funny. The occasional “No Whey” headline on an article about Parmesan cheese may pass mustard … er … muster, but resist the urge to make every other headline a groaner.

Another stumbling block is that not everyone understands humor. I don’t mean your humor specifically. I mean all humor. In their minds, it’s simply silliness and serves no useful purpose.

You likely won’t convert those people. That’s OK. Most of what we produce in our publications is for the serious-minded, so they’re not excluded for long when we share a laugh with readers who enjoy a chuckle.

But beware; even your fun-loving fans will let you go only so far. Use your jocularity judiciously. Written humor can sometimes be difficult to interpret and easily misunderstood.

That happened to me in my first — and last — attempt at satire. I created a holiday, “Take Your Mother to Work Day,” and talked about my mom job shadowing me for eight hours — nothing either of us would do in real life. We’re close, but not that close. Anyway, I thought my writing was so over the top on that particular editor’s note that people would understand it was made up out of whole cloth. They didn’t, and I vowed from then on to base my humor in truth.

Humor writing is that much more challenging because you can’t help it along with a wink or a smile. OK, yes, you can put “wink wink” in parenthesis, but that type of laugh-track prompt in text usually comes across as lame.

I also caution you to choose your targets carefully. You know those fans I mentioned? They’ll let you know if you use too much self-deprecating humor. For them, a little goes a long way.

If that strikes you as odd, I’m with you. Shouldn’t we be free to make fun of ourselves? Apparently not, and that’s because, perhaps a bit ironically, once readers come to enjoy our unique, playful voice, they feel as if they truly know us. To paraphrase Martha, “That’s a good thing.” As a result, they are protective of us and don’t like it when we are the butt of our own jokes. So be nearly as gentle with yourself as you are with others.

Inanimate objects are safer to play with than people and easier to photograph. Usually. Plus, any writer worth her weight in bon mots wants eye-catching art that will stop readers from flipping past her clever prose.

For our summer magazine, we wrote three stand-alone stories with their own subheads. Our designer then whipped up some whimsy and pulled the three into a package. She opened each feature with a full-page piece of fun, colorful art — a worn baseball glove in the grass, a huge helping of ice cream, and two luscious pies. She then added a continuous headline of “Baseball, (first feature) Ice Cream, (second feature) & Apple Pie (final feature)” that flowed from one story to the next in a bold font.

By the way, ice cream and hot studio lights? Not a good combo. The black raspberry chocolate chip melted faster than we could shoot. We finally threw in the spoon and reprinted someone else’s pint-sized glamour shot. On the plus side, we got in several tasty licks. Nice perk.

Another way to try your hand at humor might be to profile someone in the biz. In our most recent magazine, I interviewed an alum of ours who is a rising star in stand-up. She returned to campus to perform during Homecoming Weekend.

I, as the writer, took on the role of straight woman and let her have all the best lines. “My mom and I, we go way back,” she quipped. We opted to tease her story on the back cover with brightly colored candied sprinkles and one of her punch lines, “The only breach was in my self-control. The third trip was just toppings.”

Although featuring a comedian might seem like an easy way to go, it offered some challenges. For one, her act wasn’t G rated. I had to be careful what material I used. At the same time, I needed readers to know, in case they attend her show, that she might make them blush. The second challenge was that I wanted to start with quick one-liners to set the tone. But she tells long, involved stories. Lest I keep you up tonight worrying about my dilemma, I found the material I needed.

This feature on our comedian is a prime example of how a talented designer can “sell” your story even before readers look at your lead. Just like music sets the mood within the first few notes, an imaginative designer can do the same with a simple piece of art on the back cover. It intrigues your reader to open your publication. Bazinga! That’s what we all want.

Contrary to what I suggested earlier, inanimate objects aren’t always a safe bet.

For one article, we shared excerpts from journals freshmen kept during their English 111 class. We wanted the accompanying photo to match the tomfoolery tone in the text, so we asked a freshman to sit on top of a dorm washer, placed a football in his hands, an empty pizza box next to his right knee, and scattered piles of laundry around the floor.

Mildly amusing? Perhaps. At least worth a reminiscent smile from our alumni. As we looked through the viewfinder, we decided it would be even funnier if the photo showed detergent spewing out of the Maytag, much to his obliviousness.

Gotta say, I still think that’s cute. Unfortunately, we, as in the editor and the art director, got caught up in our own “cleverness” and decided to embellish our sight gag. We placed a clearly labeled box of Tide front and center.

It seemed like a good idea at the time. I doubt Procter & Gamble Co. would have thought so. I know my boss didn’t. In hindsight, I see his point. P&G is just down the road from us and a major employer for our new graduates and many of our alumni. I doubt its CEO would have laughed at our implication that its top-selling soapsuds had malfunctioned.

That’s when we found out you must tread carefully when going for a chuckle, even among your dirty laundry. The Tide stayed in the photo. The stray suds disappeared right before we went to press, costing us time and money.

You may have noticed that I used the word “dorm.” I prefer it to “residence hall.” It feels more familiar and conversational to me. As we in the business know, words matter. So do patterns and rhythms, especially in humor writing. If you don’t read your material out loud, give it a try. Your ear will tell you when your writing is crisp and fun or when you’re getting bogged down in verbiage. A strong copy editor and honest friend are also handy.

Just as some words are funnier than others, so, too, are numbers. When I’m going for over-the-top exaggeration, I will pull a number out of the air and test it on my tongue. Does 432 seem funnier than 483?

The preference is completely subjective, of course, although 37 is apparently considered the funniest number in the world. Yes, I Googled it. Up popped a column on Splitsider by writer-comedian Eddie Brawley. I must confess that by the time he finished his 1,028-word analysis, 37 had lost all its luster.

Before a shepherd’s crook extends from a side curtain and pulls me offstage, please allow me one final point. Make sure you and your boss are on the same page when it comes to employing humor. For your sake, and your readers’, I hope your boss enjoys a bit of levity. 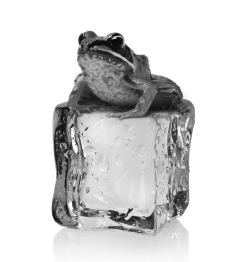 When done right, humor can make you and your words stand out. It’s worth a try or three. You might even find writing it is … dare I say it? Fun.

Donna Boen is editor of Miamian, the alumni magazine at Miami University, the school in Ohio, not Florida. To quote a popular T-shirt around Oxford, Ohio: “We were a university before Florida was a state.” Connect at tinyurl.com/linkedin-boen.

A Focus on Niche Our Odyssey
Scroll to top