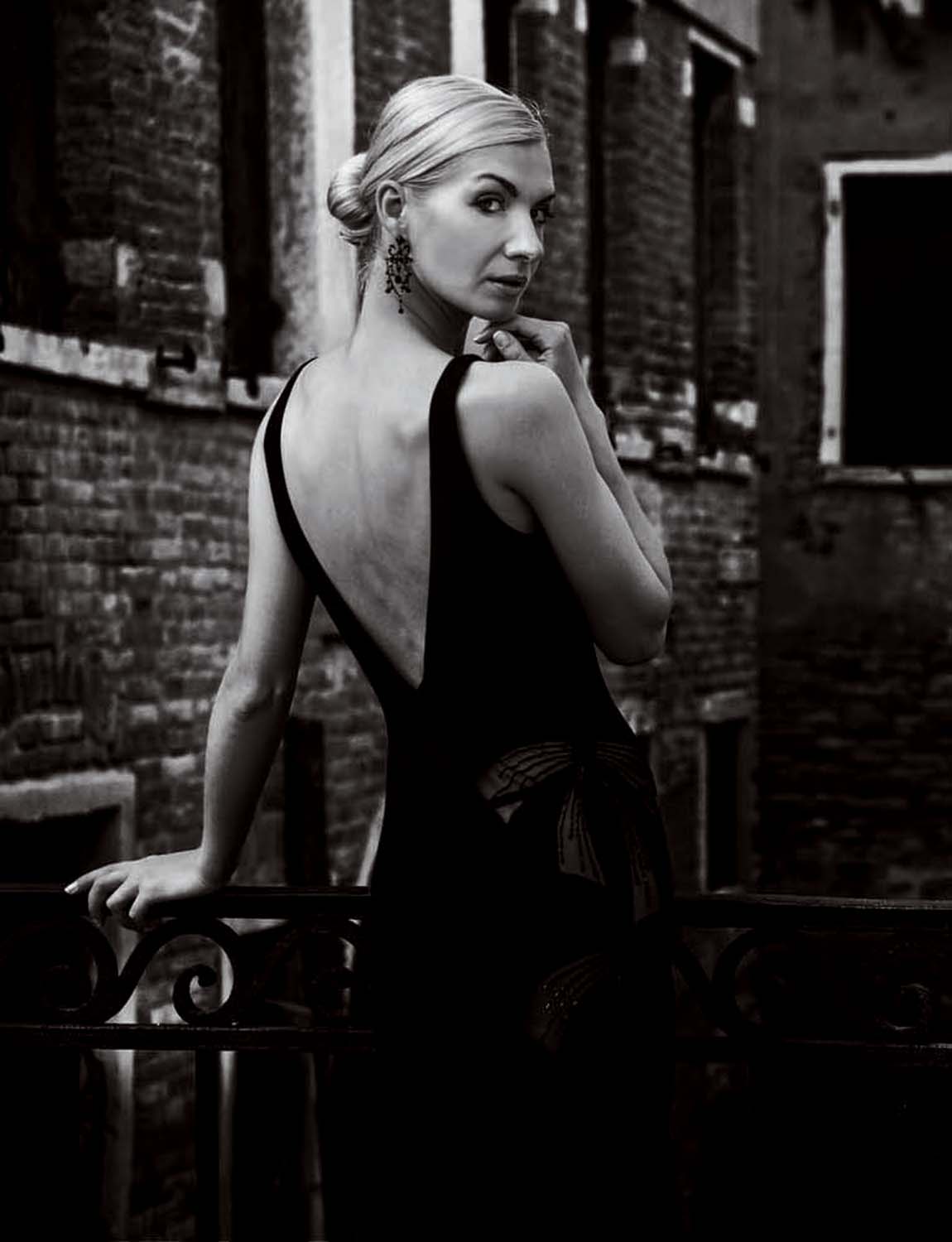 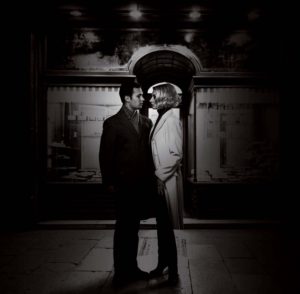 SHE WAS A DREAM COME TRUE. 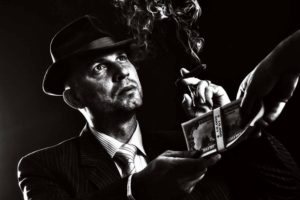 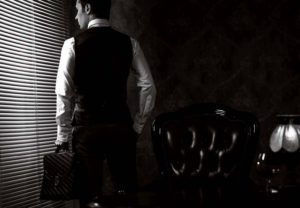 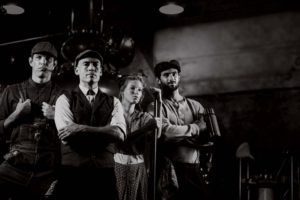 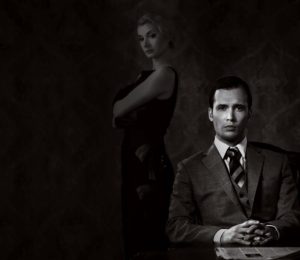 THEN THE PRESSURE COMES. …

DO YOU LIVE UP TO YOUR CODE? 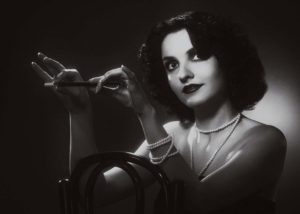 LISTEN TO A SIREN? 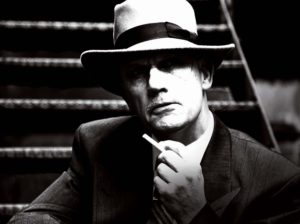 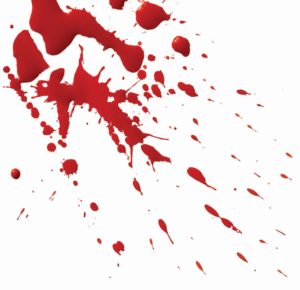 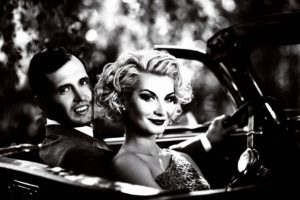 THE SUN WILL SHINE

Are you saving it or killing it?

Ask yourself this: What business are we in?

No. We’re in the manufacturing business.

Some of you are publishers, sitting in that room with the oversized windows high above the factory floor overlooking your minions. You see nothing but dollar signs flowing out the door.

Others are editors. You’re the shop foremen who whip those writers and artists into shape on the assembly line, getting them to churn out story after story, layout and design, day after day.

When we get down to basics, we’re in the business of manufacturing stories. And no matter how much we change our distribution system, no matter how well we measure with data and metrics, no matter how pretty a package we wrap our stories in, if we don’t have this basic product perfected, we fail.

That’s true no matter what business you’re in. The basic product always comes first. And for us that product is the story.

So why is it that so many publishers are cutting into the quality of their product in an effort to improve their bottom line? Think about that for a moment: Who deliberately destroys their product in a failing attempt to save it?

REACHING FOR A LOADED GUN

The moment we offer a cheaper, inferior product is the moment we lose our clients — our readers and advertisers. In a business world that constantly stresses quality, why do we think we can get by with an inferior product? Do we really think replacing our seasoned journalist with a younger, cheaper, less-experienced writer is going to produce a better product?

This is a formula for a downward spiral to oblivion, and many dying companies drink this Kool-Aid without thinking. Are you one of them?

Most readers don’t have to read our publications to survive or feed their families. They voluntarily choose to spend time with us. And our cost-cutting gives them the excuse they need to check out the competition. We are in the business to be read. Publications fail because they aren’t.

There are many reasons for this. Some editors are boring, timid, and afraid to offend. I see far too many trade and association magazines that read like a straight-forward Associated Press account in a daily newspaper — just the facts, ma’am, and nothing more. The editors don’t take advantage of their opportunity to bring some life to the story with sparkling prose and great art. The resulting mediocrity just doesn’t get read.

Publishers, too, fail to see the importance of investing in their product. They must be fearless in their search for talent, and they must pay a living wage. Instead, I see more bottom feeders of the bottom line. I even hear it in my own organization. “We can always pay the writers less,” I’m told. “There are plenty of J-School grads with no jobs,” they say. The fact is, wages are stuck in park, and publishers have the upper hand. No wonder we treat writers like a commodity. This is Economics 101 — supply and demand, right? But you don’t tell great stories using second-rate talent; you just save a lot of money.

Mediocrity reigns not only at the editorial level of most trade magazines, but at the corporate level as well. And if you buy into that business model, you’re creating a commodity of your own publication. The definition of a commodity is something that can be easily duplicated by just about anybody.

In a media world where your survival depends on being unique — well, you get my point. Suddenly, you’re facing a shrivel-up-and-die moment.

So, how do you keep your magazine alive and attract advertisers in this environment?

I’ve started two magazines in my lifetime. One failed (under capitalized), one thrived (I got smart and used other people’s money). Let’s look at the one that thrived.

Leader’s Edge magazine is owned by The Council of Insurance Agents & Brokers. It covers commercial insurance brokerage. What could be more boring? It’s contracts and glad-handing men in gray flannel suits with bad haircuts. At least that’s the public’s perception.

When I was approached in 2003 about creating the magazine, I asked the question: What if we looked at insurance from a different perspective than all of the other magazines in the field? Insurance is about risk, and what’s sexier than that? As we like to say at Leader’s Edge, “Risk hasn’t been this sexy since James Bond.”

Before setting out on our adventure, we examined our market closely. We realized in a field that already had more than a dozen magazines droning on about the business, we had to somehow energize the industry and stand out. Instead of being boring and timid, we needed to be edgy and take chances. In short, we needed to get noticed, and quickly.

We discovered that despite the insurance industry’s reputation for dullness, our readers were smart — and making a lot of money. My average reader makes $461,000 a year. You don’t serve up People magazine to these guys. So we spent more on paper, design, and yes, on writers and artists. We invested, and we took one hell of a financial risk.

We created a brand our readers were proud to call their own. After all, they felt the stigma of public perception. Who in the hell wanted to work in insurance? All of the college kids wanted to go to Wall Street. So we created a magazine that was hip, sexy, and said that what they did was important. And we didn’t shy away from controversial topics.

A cover for a story we did about insuring body parts showed a woman’s legs in fishnet stockings, and that’s it. One of our features was penned by an anonymous writer, an attorney who vividly explained how lawyers rip off insurance companies (our own lawyer wanted us to kill the story). One cover showed a silhouette of a man lighting a cigarette. It looked like the cover of a spy novel. Another cover showed a discretely posed nude on a black background. And in another instance, we commissioned art showing a state regulator as a bull in a china shop.

We thrived. Advertisers circled and revenues grew while many of those existing magazines we saw as competition drank the commodity Kool-Aid and spiraled out of existence.

Part of our success is that we’re not afraid to evolve. I love former Esquire magazine editor David Granger’s attitude about design. He didn’t redesign his magazine. He constantly evolved it. Our last redesign was about five years ago. Today, we evolve each department and section of the magazine, always trying to make them more functional and readable.

And it doesn’t stop with design. My boss came to me three years ago complaining that our stories were not in-depth enough. But her first thought was to find new writers. As every editor knows, it’s hard to find good writers and when you do, you cling to them. I told her if we want more in-depth stories, pay our writers more to write longer stories. This isn’t rocket science. There’s no magic.

So we made a shift, and today we do a lot more long-form journalism both in print and online. My writers are more than happy to oblige, and they enjoy the larger paychecks. And our revenues have continued to grow, which is probably the best gauge of readership satisfaction. It shows there is still a thirst out there for serious journalism. Our online analytics show that our long stories are read just as much — and sometimes more — than our short pieces.

We’ve invested in print and how we tell our stories there, and we’ve done quite well. Where we have stumbled is with our digital efforts.

We believe we need to do more. We have a monthly print publication (well, actually, 10 times a year). How do we use digital to speed that information flow? Do we publish online weekly? Daily? Or what about 24/7? Like many organizations, we are studying the issue to death because we’re looking at a potentially large investment. Our problem is we haven’t decided where we’re going. We want to meet a need and not simply manufacture an inferior product to fill some perceived vacuum. My role is to advocate and make clear the role of Leader’s Edge. We were risk-takers for the print magazine. We need to take the same attitude as we evolve in digital.

This past year we stuck our toe in the water and tripled our digital revenues by putting more content on our site and offering more online opportunities to advertisers. My associate managing editor created something we call “Digital After Deadline” for stories that don’t make the print publication. We tie news events to stories in our online archive that cover the same topics. It’s still not much and not innovative, but we believe we’re on the right path. The reality is, we are in the process of creating an expanded product that will require more staff and more investment. As soon as we figure out exactly what we want to do, we’ll take the leap. It’s in our DNA.

Today niche publications are in the driver’s seat with both advertisers and readers. But you still must deliver the goods. So try to imagine a different approach to content. What are you really delivering, and what is most interesting about it? In this crowded media world where thousands of alternatives are begging for your readers’ attention, you must dig for the better perspective, the better idea, the better story.

If you don’t have a great story to tell, find one. If I can make insurance sexy, then you can certainly find something interesting in your industry. Over the last 15 years, Leader’s Edge has won more than 50 design awards. It just takes imagination.

And remember, stories are more than words. They are graphics, pictures, photos, art, and finally, your medium. Marshall McLuhan coined the phrase THE MEDIUM IS THE MESSAGE back in the 1960s. The medium — whether it’s a magazine, a newspaper, television, or the internet — affects the story and how it’s told.

The medium for your stories may change dramatically in the future. But that doesn’t matter because, in the end, we are the manufacturers of stories. True innovation is in storytelling, not in the channel you send that story down. And when we forget that, we forget our audience and we lose them. Story is everything. It’s the only thing. Without it, we wouldn’t be here. Yes, we must evolve, but we must also keep sight of what we’re in this crazy business for — and that is to tell a great story. It’s murder if we don’t.

Rick Pullen is founding editor-in-chief of Leader’s Edge magazine, which covers the commercial insurance brokerage industry. Prior to becoming an editor, he was an investigative reporter. Although he has been accused of writing fiction his entire journalism career, he did not attempt it until 2011. His first novel, “Naked Ambition,” became a bestseller in 2016. His third novel is due out this summer. Connect via pullen@pagesthemagazine.com. 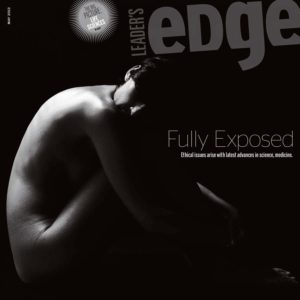 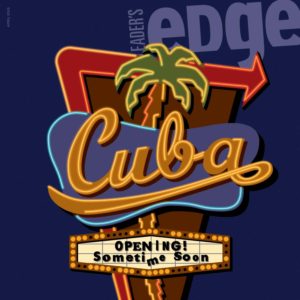 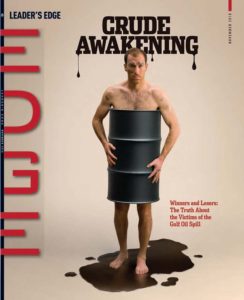