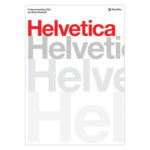 “Helvetica” is a feature-length independent film about typography, graphic design, and global visual culture. It looks at the proliferation of one typeface as part of a larger conversation about the way type affects our lives. The film is an exploration of urban spaces in major cities and the type that inhabits them. It’s also a fluid discussion with renowned designers about their work, the creative process, and the choices and aesthetics behind their use of type. Released in 2007 (to coincide with the 50th anniversary of the typeface’s introduction in 1957), the film is as relevant now as it was 10 years ago — and is a must-watch for font fanatics. Downloadable video costs $5.99, tinyurl.com/helveticaHustwit.

“When I started this project, I couldn’t believe that a film like this didn’t exist already, because these people are gods and goddesses. What they do is more than just logos and corporate branding — they design the type that we read every day in newspapers and magazines, onscreen and on television. Fonts don’t just appear out of Microsoft Word: There are human beings and huge stories behind them.”
— Director Gary Hustwit 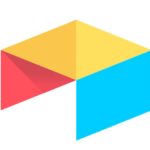 Tracking your content — what you’ve written about and what you haven’t yet — is an ongoing challenge for even the most organized editorial teams. Enter Airtable. The online software works like a spreadsheet but gives you the power of a database. In addition to managing numbers and text, Airtable offers rich-field types, including checkboxes, drop-downs, cross-table linking, and drag-and-drop file attachments (with image preview). Use it to organize anything — on your own or with your team — and leverage ready-to-go templates tailored to publishing. Changes sync in real-time across all clients and devices. Integrates with a host of other apps. Free for teams of any size; paid plans offer increased storage and support. airtable.com

Scan on the Go 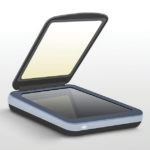 Mobile scanning comes in handy when you want to capture and share things quickly — a magazine layout, signed contract, or fruitful whiteboard session. The TurboScan app turns your mobile device into a full-featured and powerful scanner for any kind of document or image. Using your iPad, iPhone, or Android device, scan your single or multipage documents and name, store, and send them anywhere. TurboScan uses advanced algorithms to accurately detect document edges, sharpen and correct perspective, eliminate shadows, and set a perfect contrast for text. Includes one-tap brightness, rotation, and color controls. Email the resulting files as high-quality JPEG or PDFs, send them to your Mac via AirDrop, or store them in the cloud using tools like Dropbox or Google Drive. Free version available; pro version runs $5.99 for Apple (tinyurl.com/TSCANapple) and $4.99 for Android (tinyurl.com/TSCANandroid). 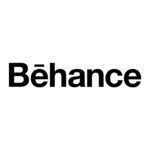 Need a resource for finding illustrators or photographers with that just-right style for a project? Check out the Adobe-owned Bēhance. It’s an online platform for artists to showcase their work and for folks like you to discover them.

The site’s curated galleries include photography, illustration, graphic design, interaction, motion, and more. Within a gallery (which is broken down into categories), you can browse sizeable thumbnails, each showing a representative piece from an artist’s project. Click through to view that project in full. Visit each artist’s profile page to see all of his or her projects and contact information. Helpful stats enable you to see how many times an artist or project have been viewed and “appreciated” (akin to “liked”). Search filters enable more targeted finds. Log in with your Adobe credentials to follow artists and contact them through in-app messaging. behance.net

Up Your Email Game 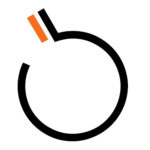 Email is a great, ubiquitous method of communication. But, how can you break through the clutter of someone’s inbox and really get their attention? Embed a personalized video using BombBomb. The tool’s interface makes it easy to record a video and send it in the body of your email (not as an easy-to-ignore attachment). Robust tracking shows you when the recipient opens and views your video, enabling you to time your follow-up effectively. Use for one-to-one emails or full-blown campaigns. This is a great tool for any sales or marketing effort; lead with your genuine (and stunning) personality. Free 2-week trial; paid plans start at $39/month. bombbomb.com 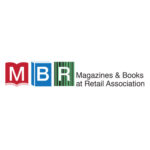 If you want to stay on top of issues that affect the newsstand, subscribe to “MBR Daily Publishing & Retail News,” the e-newsletter published by the Magazines & Books at Retail Association (MBR). Last year, the Periodical and Book Association of America (PBAA) and the International Periodical Distributors Association (IPDA) merged to create MBR, which now serves magazine and book publishers, national distributors, wholesalers, and retailers. The goal of the organization, and thus the e-newsletter, is to support single-copy sales of magazines and books at retail. Stay in the know. Sign up at mymbr.org.