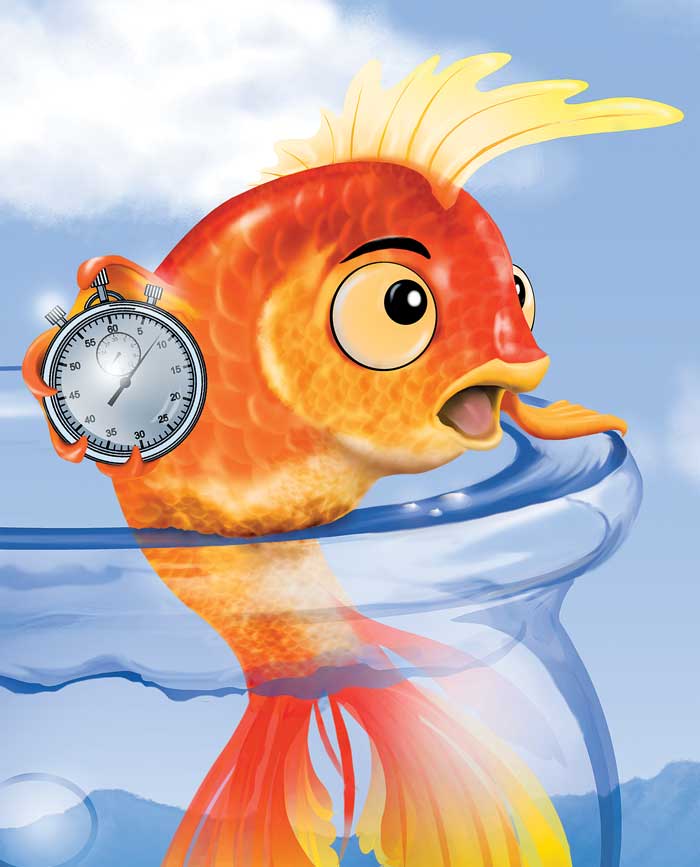 It’s easy to think we’re different, those of us in the trenches of university magazines. After all, we have a captive audience. Our readers love their alma maters. They snatch our magazines from their mailboxes with a fervor usually reserved only for our athletics teams.

We kid ourselves, of course. We’re competing not only with junk mail, bills, and commercial magazines, but also the evening news, emails, social media, and — heaven forbid — actual humans.

Back in the stone age (i.e., 2000), research estimated that the average human attention span had dwindled to 12 seconds. By late in 2015, it had dropped to seven seconds — less than that of a goldfish.

What does that have to do with us as editors? Everything. We’re scrambling to produce better magazines with fewer resources to compete for readers with goldfish-like attention spans. What can we do? We can make our articles as lively and entertaining as possible, even if we’re introducing the new VP or profiling the latest Big Donor. One way we can do this is by adopting a few writing rules from the world of fiction.

After all, fiction writers must be adept at engaging quickly. They have only a page or two to convince the time-strapped reader that he or she needs to buy or download the book at hand.

Our alumni readers have learned to turn to the back of the magazine to check out the class notes and obituaries in search of familiar names. After that, we as magazine editors have the same problem as fiction writers: a limited time in which to hook our busy alumni reader into spending time with the real meat of our magazines, our feature stories.

Here are a few fiction-writing techniques to try.

Start with the  “elevator pitch.”

In fiction writing, a pitch is the spiel an author gives a prospective publisher or agent in order to get representation or a contract offer. An “elevator pitch” means one should be able to describe one’s story in the length of time it takes to ride one or two floors in an elevator.

The same should hold true for any article included in our magazines, especially our long-form features. Devising an elevator pitch that captures the essence of our approach to the article before we write gives us a “true north” and helps us write or edit the article we want on the first try.

Humans are wired for storytelling. In a recent Scientific American article, an NYU social psychologist noted that the human mind is “a story processor, not a logic processor.” Novelists craft stories of heroes and heroines, of quests for glory and searches for adventure. So can we. Perhaps that biology prof has spent 20 years searching for a rare woodpecker: That is a quest. The new president? Write less about his or her vision for the institution (great short sidebar material) and more about who he or she is. What she dreamed of being as a kid. What the big turning points have been in his life. Find the human story behind the school-color power tie. Only use the best quotes and paraphrase the rest in colorful ways. Even dive into the first-person pool if it fits. 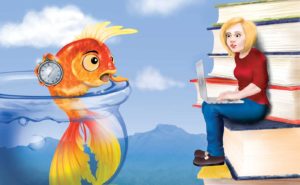 .
Everyone has a story. Identify your subject, find his or her story, and use it to breathe life into your institutional magazine articles.

Write about  people, not topics.

This rule is closely related to telling stories instead of writing articles. Stories — and novels — are made up of characters who act and react in certain ways. Your article about John Jones, Ph.D., being named dean of the Institute of Navel Gazing is not a story. It becomes a story when you talk about the John Jones who worked his way up from an impoverished childhood to find himself with the callouses of hard work on  his fingers and a staff of navel-gazers to manage. Everyone has a story. Identify your subject, find his  or her story, and use it to breathe life into your  institutional magazine articles.

The three-act structure is the backbone of fiction writing. The natural rhythm of a novel is to introduce the character(s) and a central conflict within the first 20 percent of the word count; build the tension until it reaches a climax by around the 80 percent mark; and spend the final 20 percent wrapping up the conflict in a way that leaves the reader satisfied.

The same principle works for magazine articles, even shorter ones. In a research story, for example, perhaps Professor X has spent two decades dreaming of the day he would be able to conduct his groundbreaking research in the human genome, but he’d almost lost hope — until he heard Your University had begun seeking proposals for new research projects. He writes a painstaking proposal, goes through a rigorous  vetting process, and finally reaches opening day. Conflict leads to the building of tension, which keeps building until — eureka! The satisfactory ending.

Most feature writers divide their long articles into  sections set off by initial caps or subheads. This  organization fits perfectly with the fiction rule of writing in discrete scenes. The first act in the three-act structure might have three scenes, each that ends on a note of high tension: An alumni couple get a devastating diagnoses for their toddler with a rare disease;  the couple meets a faculty member at church who, coincidentally, is doing basic research into that disease; a friendship forms, and the professor gets a rare chance to see the disease in human terms, and it changes the urgency and tenor of his research. What happens next? Each scene is a mini-story in itself and helps the reader stay focused. If you write in scenes, your reader will want to keep reading to see what happens next.

Novelists weave backstory into their articles so it blends in rather than bringing attention to itself. Authors of magazine articles have two options:  weave it in or take it out. If you have a section of your story that reads as if it were pulled (and it often is) from a curriculum vitae, stick it in a bulleted sidebar. Otherwise, your info-dump might send your  distracted reader off to check email.

.
Novelists weave backstory into their articles so it blends in rather than bringing attention to itself. Authors of magazine articles have two options:  weave it in or take it out.

.
The brain is wired to read stories, so give your reader a character and some conflict within the first few paragraphs.

In this day of digital books and sample chapter downloads, the novelist generally has a page — often only a few paragraphs — to hook a reader before that reader decides whether to purchase the book or delete the sample and move on.

Think of your magazine article as a sample download. If we’ve been fortunate enough to attract Albert  Alumnus’ limited attention with our enticing cover image and copy, then we have maybe three or four paragraphs to hook him. Remember: The brain is wired to read stories, so give your reader a character and some conflict within the first few paragraphs. (Note: Being named to a new position is not conflict.)

The best novels have a theme that’s never stated. If the story is well told, that theme reaches the reader loud and clear. Gone with the Wind told the story of a shallow Southern belle who pays for her strength and resilience by losing the things she most loves. It also is a story about an unsustainable way of life; the inner strength it takes to succeed — and the cost of that strength; and issues of race, class, and gender. Those are the themes playing behind the story.

In our magazines, the theme running behind our stories is the messages we want to give our readers: Our university is growing; the research we support is important; we’re increasing the value of your degree.  If those themes become our story, the readers will grow bored. By allowing themes to run behind our stories, we reinforce those important messages.

Make a checklist of words that slow down your writing and water down the reading experience; make the writing itself as robust as possible. Here are a few words that fiction editors will hunt down and axe: seemed, could, just, really, looked, and the ever-popular passive verbs. Avoid echoes (repeating the same word too often in consecutive sentences or paragraphs).  A caveat: Don’t overwrite by resorting to what in the fiction world is called “purple prose” — trying to liven up writing by substituting flowery synonyms straight from the thesaurus.

Talk to the dog.

Before you sign off on that feature article, borrow this common fiction-editing technique and read it aloud — if to no one but your attentive pup. The brain processes the spoken word differently than the written word, so this can be an important way to do a final read on text with which you’re already very familiar. It is particularly effective at catching missed info-dumps, awkward wording, misplaced punctuation, and echoes. Prefer to have someone read to you? Both Macs and PCs have text-to-speech functions now, so put “Alex” (my Mac reader voice) to work for you.

The next time you read a novel, notice how these rules are applied. And, next time you write or edit an article, think about how they might help make the piece as engaging as possible for your readers. Assess the beginning of your article in seven seconds, and ask yourself:

Will your reader outlast the goldfish?

Suzanne Johnson is editor of Auburn Magazine, and previously served as editor of the award-winning magazines at Tulane  University and Rice University. She was the co-founding editor  of the now-annual CASE Editors Forum. Within the last five years, she has added novelist to her resume, both under her  own name and the pen name of Susannah Sandlin. Her 15th book, Wild Man’s Curse (Sandlin) was published by Montlake on April 5; number 16, Belle Chasse (Johnson), will be  published by TOR/Macmillan on Nov. 8. Connect at  tinyurl.com/linkedin-suzjohnson. 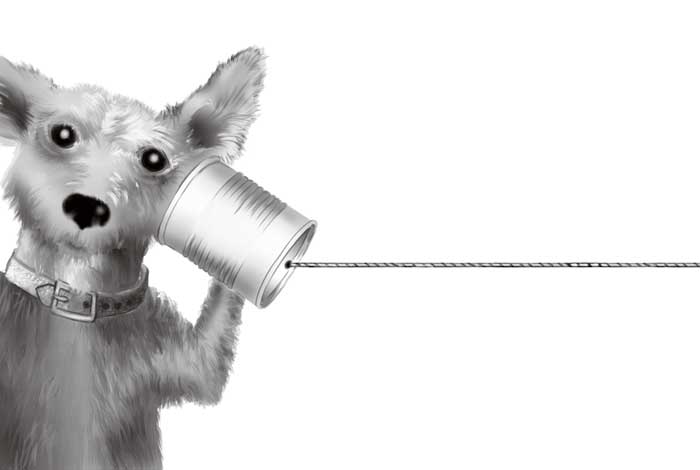 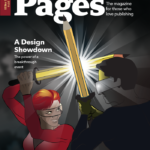 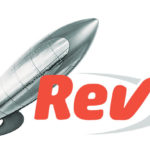