Does Your Print Magazine Earn Its Keep?

Does Your Print Magazine Earn Its Keep?

5 ways to make your publication work harder for you right now. 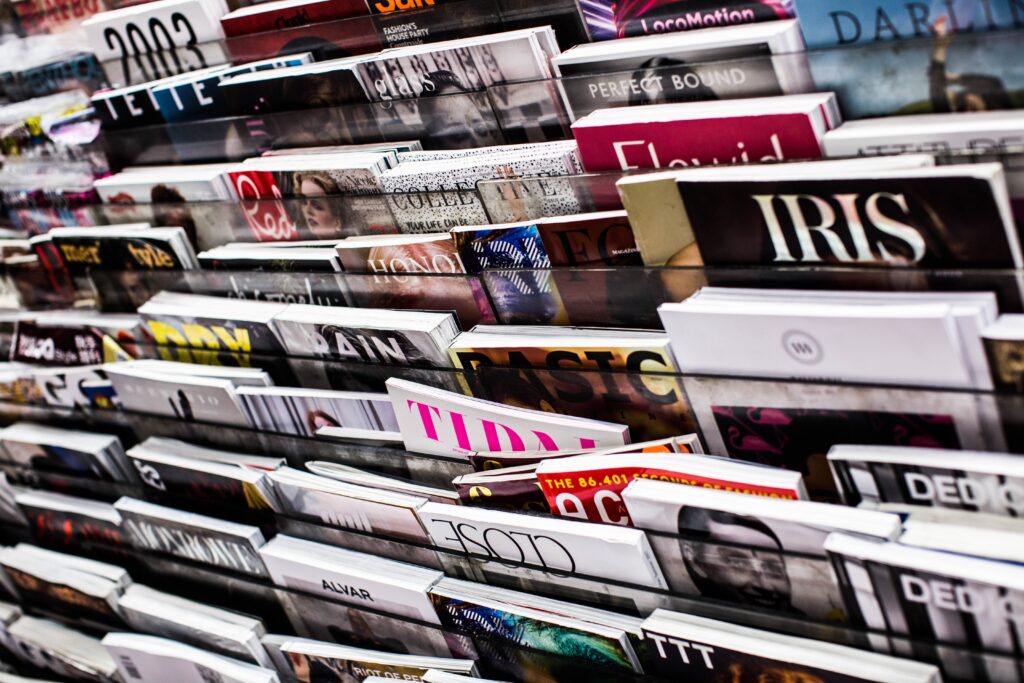 As organizations look to slash budgets in this difficult time, one line item in many communications offices is getting particular scrutiny: the print magazine.

It’s no secret why. The costs of printing and mailing can add up quickly. And unlike gauging social media by clicks and likes and shares, measuring the effectiveness of print magazines can be tough. As our screen time skyrockets, it may seem wise just to meet people where they are.

But the reality may be more complex — and ripe with opportunity. Before making cuts to your print magazine, you might ask: Have you done the work to maximize its potential?

If your print magazine is on thin ice, or if you just want to make sure you’re squeezing the most value out of every page, consider these tactics. They’ll amp up your publication’s value to your readers — and your organization.

1. Make the most of your “push communication.”

Magazines that arrive in readers’ mailboxes are “push communications” — you are in control of who receives your publication and when they receive it.

That’s a big and often underestimated benefit: Your audience will have to interact with it, even if only to scan the front and back covers on the way to the recycling bin. Many will spend a few minutes flipping through the pages looking for a headline or photo that catches their eye. Connect with the right story, and they’ll read a few articles or save it on the coffee table for later.

Your website and digital publications, by contrast, are “pull communications.” They’re available on your readers’ terms, which means you don’t have the same control over who sees them and when (or if they see them at all). Will they read that email you sent, or will it get funneled to spam? Will an algorithm squash that perfectly worded Facebook post? Will it occur to your audience spontaneously to visit your website?

When your readers need to take action in order to access this content (open an email, visit a website, happen upon your social media posts), it’s incumbent on you to do more work to raise its visibility: advertisements, SEO, interviews, and more.

“In the end, moving from print to digital — from push to pull — will help you cut costs. But at what price?”

Moving from a print magazine to a digital one is more than just a change of medium. It changes who will see your publication and even how they read it. If someone tweets a link to your story, there’s just a 40 percent chance that they’ve actually read beyond the headline, according to a study by Columbia University. And if they click through to the story? Chartbeat data suggests that only a quarter of readers will make it to the end. By contrast, qualitative responses from a University of Alabama study suggest readers stick to print. “I’ll actually read the articles in the hard copy,” says one respondent. “I just skim online.”

In the end, moving from print to digital — from push to pull — will help you cut costs. But at what price?

2. Use your second-most valuable page strategically.

In the consumer magazine world, ad rates tell a story about the value of each page of your publication. Your front cover is your most valuable real estate, and the back cover comes in a close second.

Most of us know to treat front covers with the attention they deserve. But if you’re not selling ads on your back cover (like many alumni and association magazines), you may be giving the content that does appear on that page short-shrift.

I’ve seen countless alumni magazines, for example, dedicate the page to a captionless campus photo. I’ve seen association magazines literally run nothing on the back — just a solid color with nothing on it.

You can do better.

Certainly, that page can be used as a way to promote content that appears in the issue.

The benefits of such a technique are myriad: Respondents are reminded of the many reasons they appreciate their institution. Magazines, meanwhile, get crowdsourced content that can be edited and run as a packaged feature or department. (One alumni magazine heard from so many readers for one of its questions that it devoted nearly 10 pages to the responses.)

If that’s not appropriate for your readers, you might decide to share a few simple statistics or key messages. I’ve seen community colleges tout graduation rates, employment statistics, and awards on its back page. Even if all the reader does is glance at the issue, they’ll see a small handful of strategic messages that are important for your organization.

3. Give the people what they want.

I’m always surprised when I learn that editors don’t want to deliver the one thing that their readers want in their publication.

In the case of alumni magazines, that “thing” readers want is class notes. A nationwide survey of alumni magazine readers by the Council for Advancement and Support of Education found that two-thirds of magazine recipients read the class notes from the magazine, far outpacing engagement with stories about faculty, student events, and donors. In a survey I did of alumni from one small college, a full 84 percent wished there were more class notes in their magazine.

Still, most editors I talk to want to find ways to minimize or eliminate that section entirely. They hate how difficult these sections are to assemble, fact-check, and design. They hate that a single misspelling can invoke ceaseless fury from their audience. The pages require a painstaking attention to detail that most editors would rather devote to their feature well.

But the most successful editors I’ve seen find ways to go big with the sections their readers love most. The HBS Alumni Bulletin, the alumni magazine for Harvard Business School, collects a full 450 pages of class notes for every issue — that’s as long as a Steinbeck novel every quarter. It’s an intense, time-consuming process, but Director of Alumni Communications Bill Weber says it’s worth it. He says he suspects if the school ever tried to cut back on class notes, “It would be World War III.”

“The most successful editors I’ve seen find ways to go big with the sections their readers love most.”

Class notes may not be relevant to your publication, but you probably already know what section your readers would like to see you maximize. Maybe they love before-and-after stories or case studies or photo essays.

Maybe there’s a reason it all seems too hard to tackle.

It’s probably not. Don’t work harder to deliver what you want to deliver. Work harder at delivering what your readers want.

Many magazine editors that I work with shy away from using their publications for soliciting gifts and donations. “Our readers already get enough solicitations,” say some. “We want this to feel separate from advancement and development,” say others.

If there was ever a time to ditch this philosophy to try something new, this might be it. While many are hurting right now, there are others who are itching to help out — but they want to make sure their support is going to an organization they love and trust.

There’s no reason not to make it extremely easy for them to give through your magazine. A blow-in or bind-in envelope with a gift request is a simple addition worth testing. One client I worked with told me they consistently receive between $20,000 and $30,000 with each issue that contained a giving envelope. At a school I worked at years ago, the alumni annual fund office was happy to pay for an envelope that went into the magazine. The envelope came with a message telling readers that they could use it to submit class notes, donations, or both. We got plenty of class notes from the effort, and while the annual fund team never shared their numbers with us, they never once complained about the price. They continued the practice for years.

Your magazine will remind people exactly how valuable you are in their lives, and a giving envelope makes it simple for them to give back to support your work.

5. Track the numbers you can track — then improve them.

Many of the editors I speak with do very little measurement to determine whether their magazines are making an impact.

But there’s plenty you can measure and improve over time. In alumni magazines, engagement can be measured in letters to the editor, class notes submissions, and responses to nostalgia prompts.

“Many of the editors I speak with do very little measurement to determine whether their magazines are making an impact. But there’s plenty you can measure and improve over time.”

A few editors I know send out simple, five-question surveys to several hundred readers after every single issue. They’ll often hear from about 100 respondents — perhaps not enough for statistical significance, but enough to gauge the temperature of the readership. Some of the most valuable information they get from readers comes from the open-ended questions they ask at the end, in which respondents frequently suggest excellent story ideas, articulate a surprising insight, or offer a meaningful testimonial that can remind editors and their teams that the work they do really does make a difference.

As many organizations take a harder look at their communications and their costs, there’s no doubt that print magazines will get scrutiny. But with the right adjustments, you might be able to make your magazine your organization’s superpower.

Erin Peterson is the owner of Capstone Communications, a Minneapolis-based company that provides editorial and consulting services to help colleges and universities make the most of their alumni magazines. To get a five-page research report on building a case for your print magazine, email peterson@pagesthemagazine.com.